Happy Monday! “Live in the sunshine. Swim in the sea. Drink in the wild air.” – Ralph Waldo Emerson

Welcome to a new week and new month – at least as far as the lunar phases are concerned. Today the Moon will reach the New Phase at 1:32 PM. When we count the Lunar Cycles, we track them according to the zodiac Signs.  under which they start.

Simple Math – Each zodiac sign is about 30 days. The Lunar month is between 28-29 day. There will be overlap every once in a while.

In the Gregorian Calendar world, this happens as well. You usually hear about it when there are 2 Full Moons within a month – often times referred to as a “Blue Moon,” which means, in the vernacular of our times, something that does not happen very often. 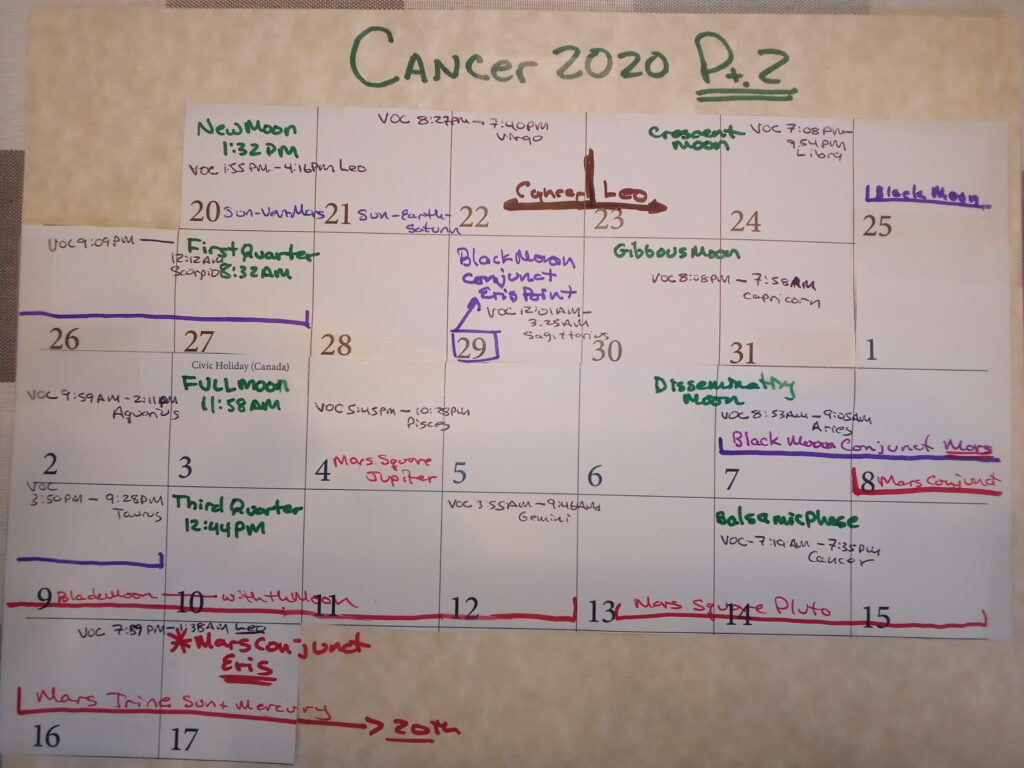 Mercury: 09 Cancer – “a small, naked girl bends over a pond trying to catch a fish”

Venus: 16 Gemini – “a woman activist in an emotional speech, dramatizing her cause”

Mars: 13 Aries – “a bomb which failed to explode is now safely concealed”

Neptune: 21 Pisces – “a little white lamb, a child, and a Chinese servant”

Part of Fortune: 30 Libra – “three mounds of knowledge on a philosopher’s head”

North Node: 29 Gemini – “the first mockingbird of spring sings from the treetop”