The Day between days. The Sabians remain the same. It is one of those “makeup” days at the same degree as the last.

For me, it is a day to being to question. Time to Muse upon those I find may have been completely taken over by the dark. I have been “attacked” 4 times in the last week. This is nothing to write home about. It was people who I have regular communication with, though not close friends. They were “unhinged” by things I said, vs their new world view. And they turned into pod people – devoid of personality.

I remember the first time I watched Invasion of the Body Snatchers. Not the original Black and White. But this 1970’s, Donald Sutherland masterpiece. It was only a PG movie, but messed me up as bad as the Omen had.  I remember the scene when he took a garden hoe to the head of one of the pods. I was so grossed out i had to leave the theater. I came back 5 -10 – 15 minutes later to this. And forever the desire to refer to monotone people as pods people. 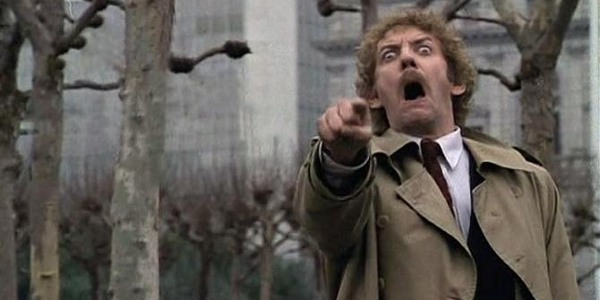 Well, the pods are here among us again. Watch for them. Not the same by any stretch of the imagination. But every bit as likely to tape a Seth Rich tag to your back.