– Aspect of the Aeon Sophia: (Wisdom): Bagalamukhi (The Storm-Calmer) – All are no Duty this month but Bagalamukhi is taking the lead.

EARTH: 7 SAGITTARIUS –Cupid knocking at the door of a human heart

The Moon’s Nodes are related to the subconscious, the domain of the Moon. Thus, the South Node represents subconscious motivations that stem from the past. The North Node represents conscious motivations relevant to the present and future. When Mercury conjoins the nodes, and in this case Conjunct North and Opposing South) there a strong emphasis on intellect, communication, intelligence, rational logic and other Mercurial talents.

North Node conjunct Mercury boosts the mental capacity and gives potential in areas calling for the use of the intellect. It’s a good time introduce fresh new ideas and establish new or modern ways of doing things. You can be progressive and innovative. Beware though. You may go along with what is popular at the moment, scattering your mental energies. Or you may be drawn to gossip.

It is a conjunction that lasts about a week – centering on today. 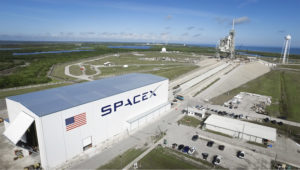 For those of you who are excited about such things, There will be a rocket launch today from Florida. It will be the first Manned space launch from American Soil since 2011. What the hell have we been doing for the last 12 years? Hmmm.

The US were the world leaders in Space and Technology.  We were the first to land on the moon. We had the Space Shuttles. And then since 2011, we have had to buy seats on Russian rockets.

Now we put it in the hands of Private industry. NASA did not create this. But a lot of tax credits to Elon Musk did. So did a sweet deal to launch from Cape Canaveral.

And just how exactly does this work into the Government’s plans for Space Force?  Hmmm?

Something to watch and pay attention to.