– Gardening tips May 4-5 (from the Farmer’s Almanac) –Favorable time for sowing hay, fodder crops, and grains. Plant flowers. Excellent time for planting corn, beans, peppers, and other above ground crops.

SUN: 16 TAURUS –An old teacher fails to interest his pupils in traditional knowledge

EARTH: 16 SCORPIO – A girl’s face breaking into a smile

The 5th of May – roughly translated from Spanish.  It is supposed to be a celebration of the Battle of the Puebla in Mexico. It was a pyrrhic victory, and the Mexican Army was totally destroyed a couple weeks later.

I like to call it, North American day to eat Mexican food and Margaritas. It is celebrated more in the US than anywhere else. And it has been adopted as Mexican Day. And while all the events that it talks about were back in the 1860’s, the date only became popular in the 1980’s thanks to advertising gurus in the Tequila and Beer industries. So go buy some Coronas and Limes!

Astrology of Note – The Nodes 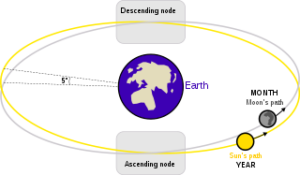 I pretty much copied this from wikipedia because I had no idea how to explain it.

A lunar node is either of the two orbital nodes of the Moon, that is, the two points at which the orbit of the Moon intersects the ecliptic. The ascending (or north) node is where the Moon moves into the northern ecliptic hemisphere, while the descending (or south) node is where the Moon enters the southern ecliptic hemisphere.
A lunar eclipse can occur only when the full Moon is near (within 11° 38′ ecliptic longitude) either lunar node, while a solar eclipse can occur only when the new Moon is near (within 17° 25′) either lunar node.
Because the orbital plane of the Moon precesses in space, the lunar nodes also precess around the ecliptic, completing one revolution (called a draconic or nodal period) in 18.612958 years (6,798.383 days). (This is not the same length as a saros.) The same cycle measured against an inertial frame of reference, such as International Celestial Reference System (ICRS), a coordinate system relative to the fixed stars), is 18.599525 years.
Both solar eclipses of July 2000 (on the 1st and 31st days) occurred around the time when the Moon was at its ascending node. Ascending-node eclipses recur after one draconic year on average, which is about 0.94901 Gregorian year, as do descending-node eclipses.

What the bolded gobbledegook above basically says is that the nodes travel around the zodiac every 18 or so years. They travel Retrograde in motion, and stay within a single sign (opposite of each other of course) for about a year and a half. They have been in Capricorn/Cancer for the past year and a half. NOW they move into Sagittarus/Gemini. And here they will be for the next year and a half.
North Node in Gemini/South Node in Sagittarius: This is a quest to see life from other people’s point of view and to become adept in the art of communication. There is a tendency to become restless or scattered. This quest is to develop focus and the ability to communicate your ideas in a way that helps the many people in your life. Since this enters in the First House, it is a quest for identity.

And the Rabbit Holes

Rabbit Hole #1: Someone shared a video clip with me that, while it did not rock my world, it did solidify a lot of my feelings toward the Plandemic. I would invite everyone to follow this link down the rabbit hole for a few minutes (about 25).
PLANDEMIC

Humanity is imprisoned by a killer pandemic. People are being arrested for surfing in the ocean and meditating in nature. Nations are collapsing. Hungry citizens are rioting for food. The media has generated so much confusion and fear that people are begging for salvation in a syringe. Billionaire patent owners are pushing for globally mandated vaccines. Anyone who refuses to be injected with experimental poisons will be prohibited from travel, education and work. No, this is not a synopsis for a new horror movie. This is our current reality.

Let’s back up to address how we got here… 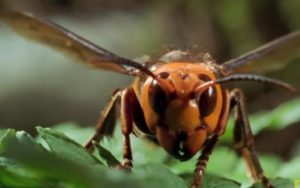 If you were on the internet and came across ANY news site, or watched ANY news/entertainment program yesterday 5/4/2020, you saw the story about the Murder Hornet. They (doesn’t say who), found some of them in Washington State this month (are we concerned or laughing that this was the same pl;ace as the first COVID 19 cases in the USE were found. The Hornets came from Japan. They are deadly.
So the questions to ask: WHY was this national news? Inquiring Minds want to know.
2020-05-05
Previous Post: Happy Monday! May 4, 2020
Next Post: Wednesday May 6, 2020