– Gardening tips April 22-24 (from the Farmer’s Almanac) –Favorable for planting beans, corn, cotton, tomatoes, peppers, and other above ground crops.

SUN: 4 TAURUS – The pot of gold at the end of the rainbow

EARTH: 4 SCORPIO –  A youth holding a lighted candle in a devotional ritual

A New Moon means new energy for the coming month. It is a time for beginnings. Starting new things and seeing where they may go. Setting intentions the will grow into fruition in the next two weeks.

The energetics for the month are intense, but start under the Sabian Symbol “The pot of gold at the end of the rainbow.” This speaks of money. And of hope and magic. Opportunity. And a whole pantheon of possibility. This is also the degree of the zodiac where Chiron was discovered. Giving us a very strong dose of Chiron Energy.

I have again pasted together a Lunar Calendar month, noting each change in lunar phase as well. Its good to have on hand to follow, as most calendars I know of do not announce each of the phases. And if you are paying attention, you can take special notice of the energy and how it may be affecting you.

If you also take a look at the first day of this lunar month, you will also see it is Earth Day.

I have quite a few thoughts on Earth Day. And not many of them all that good. (This will sound politically partisan. Please bear with it as it will make a non partisan point in the end.) 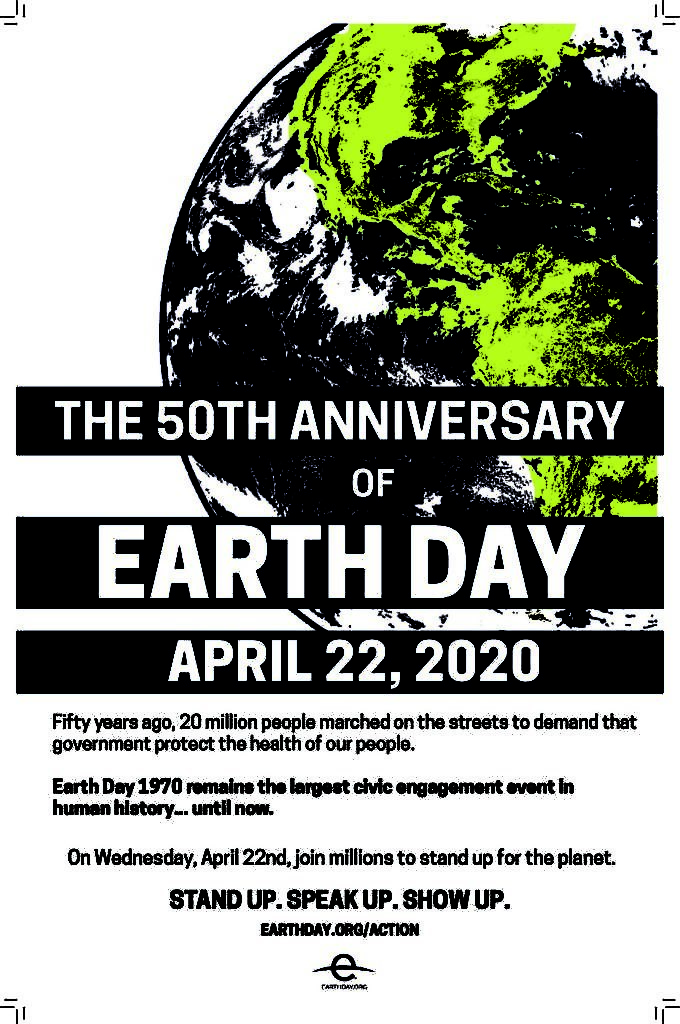 The first Earth Day was celebrated in 1970 – I was almost 3 and remember nothing about it. I do remember the year before in July when Neil Armstrong landed on the Moon. I remember watching it on TV. And also my Mom then found paper cut outs of rockets and lunar landers that she stuck all over the walls of the room I shared with my brother. And being April it was 1 month after my sister was born. So that was pretty much all we were thinking about at the time. That and Sesame Street and Mr Rogers. Ahhh to be 3.

The idea of Earth Day seems pretty innocuous and good. Celebrating the Earth we live on and what we can do to protect it. May Day also sounds like a pretty nice time, until you are living in the Soviet Union during the cold war watch Nuclear Bombs and Tanks paraded around the country.

Earth Day just seems very agenda driven and, especially within the last 30 years, a strange source of what I would describe as mind control.

I go back to growing up in the 70’s. We had the Important holidays we celebrated in school. Columbus Day, Halloween, Thanksgiving, Christmas, New Years, George Washington’s Birthday, Abraham Lincoln’s Birthday, Easter, Mother’s Day and the last day of school.

As I watched my kids grow up, many of these holidays became de-emphasized. And looking at them, it was for entirely political reasons.

Merry Christmas became Happy Holidays – and all mention of the religious aspect from the POV of the school has been stripped away.

Abraham Lincoln and George Washington were pushed together into President’s Day (which in snow ares is the first holiday to cut for snow makeup Day. In its place we have Dr. Martin Luther King Day, which especially in the past 11 years treated with the same reverence as the Tomb of the Unknown Soldier by the US Armed Forces.

For my own education, I honestly can say I knew nothing about Dr King until after I got out of high school. I remember when I was a Junior in High School (that would be about 1983 or 84), we all had to enter a poetry contest where the poem had to address the statement “I Have a Dream.” After I wrote a perfectly metered sonnet with dark overtones of death, I was reminded of the ties to Dr King. I was clueless. But that might also be as a result of the curriculum we were following never quite catching up to modern times.

Easter became Spring Break. No more. No Less. And the big celebration in the Spring for the kids was Earth Day. The School treats it with a carnival atmosphere. Dressing up is encouraged. There are booths for fun and learning about the earth and recycling. My older kids all took part in the same Earth Day play in 2nd grade. For me though, I spoke of the secularization of the schools. And worse, a kind of cleansing of the memories of the culture that I grew up with. When my 10 year old last month sat watching a video and singing along that Trump wants to Destroy the Earth because he doesn’t believe in science, I can ask what exactly is being taught to the kids today.

The Law of Unintended Consequences

While I rant about some of the changes that have been made to the curriculum, part of it is because I miss what was taught when I was younger. And worse, that my children did not get to experience it. While I would hope that things had improved, I have also seen the results of Common Core over the past 10 years.

Which Brings us to The Law of Unintended Consequences. This is not a scientific law, but rather something that Economists and other social scientists have relied upon for hundreds of years. The Law illuminates unanticipated effects of legislation and regulation – or any action for that matter.

Consider washing your car. You park it on the lawn and proceed to spray it down and wash it. An unintended consequence is that the lawn is watered as well, helping it grow. A Second unintended consequence could be that the soap used to wash the car kills off your grass.  This simple example shows that 1 action can result in many different consequences.  And when it is as simple as washing your car, it may be easy to mitigate the possible negative outcomes.

Consider then consequences of a much larger Action. Say Earth Day.

On the positive side:

On the not so positive side:

Another Example, while similar, but not is showing in an article I just found from Bloomberg News,. It has been an unintended consequence of the World lockdown from the Coronavirus:

Life in lockdown means getting up late, staying up till midnight and slacking off in the afternoons.

That’s what power market data show in Europe in the places where restrictions on activity have led to a widespread shift in daily routines of hundreds of millions of people. It’s a similar story wherever lockdowns bite. In New York, electricity use has fallen as much as 18% from normal times at 8a.m. Tokyo and three nearby prefectures had a 5% drop in power use during weekdays after Japan declared a state of emergency on April 7, according to Tesla Asia Pacific, an energy forecaster.

What is more, in the name of doing a good thing “Authorities” enact or champion lunatic fringe causes that may or may not have anything to do with what they are promoting (Thing Agenda 2030 by the UN and The Green New Deal).

Further, to the point of the Holidays and celebrations that kids are following, consider what is now front and center in their minds. Are they living the values taught in Sunday School and the holidays of the Christian faith that they had previously learned? What have these values been replaced with? What kind of people will they become? Will they be morally conscious individuals? Will they be eco-terrorist global citizens?