I am compiling this list of essential fiction books that people should read. These books are important in the opening one’s eyes to the world as it is (or may be) around us. Call it getting ready for the Red Pill. I will be doing a similar “movies” list later, as there are many eye opening movies that we should pay attention to. I may also do a non fiction list as well.

But my purpose also is to prepare you for future commentary. This is NOT a complete list by any means. It is just what has come up off the top of may head and will serve as a starting point for a lot of what I will be talking about.

Note that I am including pictures because they are fun! Most are the covers from the original books I read. I could get into the whole idea of reading old books, their smells, first editions and all that. But I will not bore you for now. Suffice it to say that I prefer real bound paper books to ebooks.

At the beginning of most college classes, you get a book list. This is usually enough to make you groan as you try to count the money in your bank account to see if you can afford the hundreds of dollars to pay for them all.

This will be a little less onerous than that. Most of these books are old and can be found used on Amazon for a song. Or, even better you may already have them. 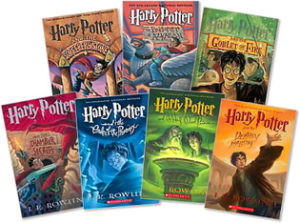 For the Purposes of Defense Against the Dark Arts, it helps to start at the beginning.

I LOVE YA (Young Adult) novels. My reason is simple. As a writer, it helps to read books that are “easy to read”. And with YA, you have easy plot lines and relatively simple sentence structure. For me, reading YA helps develop a rhythm for writing. And when the stories are fun, all the better.  The Harry Potter series ascends to the top of many positive categories in so many ways.

For Our purposes, I plan to focus on a lot of subjects that come up in the books and the movies. And while it is not completely necessary to have read the books or watched the movies to understand what i will be talking about. It will be fun if you have and you understand a little bit about the characters.

NOTE: I have read the HP series about 5 times and I have no idea how many times I have seen each movie. 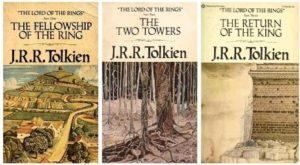 Lord of the Rings – J.R.R. Tolkien

I have read the Lord of the Rings series 16 times (The Hobbit only about 10 times and The Silmarillion twice). While not as easy to read as YA Harry Potter, Tolkien has a relatively easy writing style that flows well (with the exception of the Silmarillion which is damn near unreadable).

LOTR makes my list because . . . its my favorite. I read it and reread it because it is like an old friend or a favorite vacation spot that I like to revisit. My wife about goes nuts because I reread books. And LOTR is at the top of her list of the books that make her shake her head (Note she has never read any of them).

As for advancing the cause of our enlightenment, it does not have a lot to offer. Other than showing the battle between good and evil. And about power and magic. This is an important theme that I will explore later. And the characters in LOTR definitely must face it. Much can be learned from their stories. 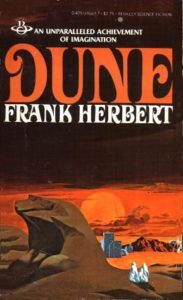 Soon after I first discovered Laura Walker’s Oracle Report, I downloaded her Eris book to read. It begins with the following quote:

“I must not fear. Fear is the mind-killer. Fear is the little-death that brings total obliteration. I will face my fear. I will permit it to pass over me and through me. And when it has gone past I will turn the inner eye to see its path. Where the fear has gone there will be nothing. Only I will remain.”

It is the Bene Gesserit litany against fear. Reading it in Eris, I knew I was in the right place. Dune, like Harry Potter, offers a world of depth for discussion. I will come back to it a lot.

Avoid the Stanley Kubrick movie with this name AT ALL COSTS. Painful! The SciFi Channel did a passable 2 part mini series. 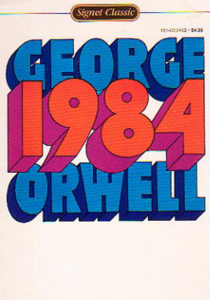 “1984 was a warning not an Instruction manual.” This quote has made its way all over social media in the last few years. And why not. Therre have been many political novels in the past 75 years that have touched on the subjects that 1984 nailed. Animal Farm by Orwell , Fahrenheit 451 by Ray Bradbury, Brave New World by Huxley to name a few. All of them explore a distopian future where Government takes control of everything.

Most people don’t appreciate freedom of expression and thought. We have grown up with that luxury. But guess what — most of the world hasn’t. If you have not read it, please buy “1984” (it’s a great book), and learn what the threat of a superstate, where power is solely consolidated in the federal level, really does to people.

PS There is NO GOOD MOVIE VERSION. Do not even try. 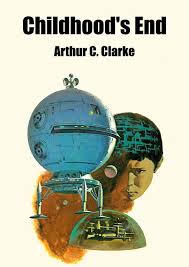 Arthur C Clark was best known for 2001 A Space Odyssey. But he was an amazingly prolific SciFi writer. And in my book, Childhood’s End may have been his masterpiece.

For the purposes of this list, the reason is that he touches on a number of very important theme’s that are relevant to all of us. What (or who) else is out there (in space that is). We have made huge strides in science. But where we have not figured (think space travel, knowledge of the universe, evolution, knowledge of life outside our galaxy), we are blind.

Fiction, when it is good fiction, works because the author can tell a story. When you label it fantasy or science fiction or horror. All you are doing is adding a backdrop. The good writers can make any backdrop work because they can tell a good story.  This is a good one.

A TV version of “Part 1” of Childhood’s End was created. Gave me chills. But they took wierd liberties and I did not finish it. 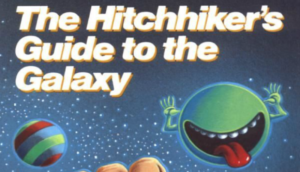 The Hitchhiker’s Guide is only consequently Science Fiction. It is better described as either Humor or Satire.  Science and space travel are just the backdrop. Douglas Adams is able to skewer just about everyone.

It started as a radio script in the late 1970’s and progressed into a series of novels (7 in all) that that are gems to anyone who has ever been interested in speculative fiction. The Amazon description pretty much says it all:

Seconds before Earth is demolished to make way for a galactic freeway, Arthur Dent is plucked off the planet by his friend Ford Prefect, a researcher for the revised edition of The Hitchhiker’s Guide to the Galaxy who, for the last fifteen years, has been posing as an out-of-work actor.

As for my list, in 1979, Douglas Adams single handedly predicted the internet and Wikipedia.  Genius. 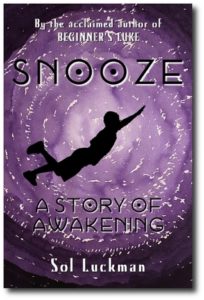 Avoid the Movie Versions. Does not do the books justice.

For people who follow me, I had started a chapter by chapter reading of the book Snooze. I was having a great time of it until some personal tragedy struck. We lost a child we were in the process of adopting. And for anyone who has lost a child, you may understand the devastation. I cannot apologize enough to those who were following it. But I became kind of lost for a couple months afterward.

As for Snooze, it is brilliant. YA – easy to read. And chock full of inter dimensional fun.  Oh. And Bigfoot too. 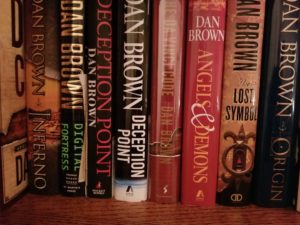 This is somewhat of a punt. But I have to mention him because he has approached so many interesting subjects and put them out there. He writes with the pace of a James Bond movie and manages to deeply uncover amazing topics.

There is not a single Dan Brown book that has not caused me to research and read at least 1 book more. He fictionalizes things. But adds so much “fact” that you have to look further. His first major hit novel, The DiVinci Code, opens the can of worms of The Sacred Feminine – exposing The Catholic Church, The Masons and pretty much every version of history we have been taught.

I do not have a lot to say about them now, but I have to recommend The Hunger Games books and the Divergent series. Both are written in YA fashion (easy to read, but I might think twice about allowing my twelve year old to read them).  They present a frightening future. Frightening because of what they envision in an alternate future. And how it affects the people.

Consider yourself as a person from the 1890’s transported to today. How would you react to all the technology? Racial Integration? Female equality? Homosexuality? These books imagine a future. What do you think about what we become?

Not for the Feint of Heart

I am adding a couple books that I highly recommend. But I must warn anyone considering them that they are complicated and long. 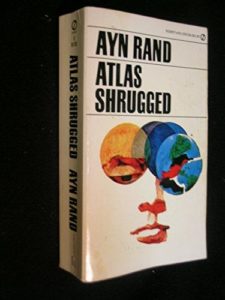 What happens when the productive people in society become so sick of the people who expect to live off of their success, decide to quit. Leave.

Ayn Rand is HATED by the institutional left. She is an ardent Capitalist/Libertarian. Having emigrated from Communist Russia, she has very strong views about the pitfalls of Socialism, Communism and Totalitarianism. 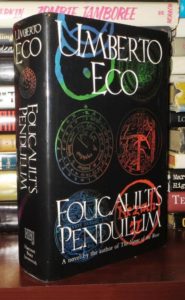 This is a brilliant book. It explores secret societies, like the Catholic Church, the Rosicrucians, The Kabbalah.

By the end, you cannot help but be looking over your shoulder at all times, wondering whether One of them is coming to get you.

It is difficult for multiple reasons. Unberto Eco is Italian and his translator has some trouble slogging through some of the complications of the Italian language (particularly its over formality and strong gender bias). But if you can make it through, it is well worth it.

Now this is just a few books that I had to mention and recommend. I plan to talk about them at different times throughout the DADA process.

THIS IS NOT ALL BY A LONGSHOT

If you would like to add to this list, please add your suggestions in the comments. BUT! Do not just give me titles. If you like the book, please share why. Tell us a little bit about it and WHY IT IS IMPORTANT.