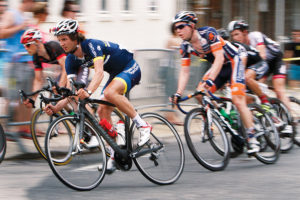 Are you an adrenaline junkie? Does the idea of sky diving or hang gliding get your blood pumping? Some are and some aren’t.

At amusement parks I would always go for the fast rides. Take me to the top and drop me off. Spin around in circles til you vomit (I never have, but you get the point). 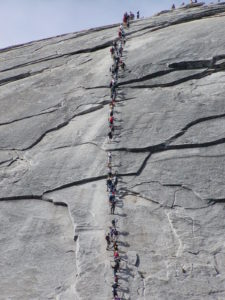 That being said, I rarely consider any of it dangerous. Dangerous was hanging over the edge of Half Dome in Yosemite to get a picture of the valley down below. I would put that in the category of not so safe. Climbing up the cables to get up to the top. Also not so safe.

As I recall, by the time I got up there, there was no part of adrenaline junkie in me. Climbing the cables was more about getting to the top of that mountain. It was 12 miles of hiking pretty much straight up. I would call it white knuckle fear mixed with exhaustion. Hanging over the edge was more of a “Now I am here, I will be damned if I can’t prove it.”

But between Motorcycle riding, dune buggying, surfing, boogie boarding, sailing, water skiing, snorkeling, river rafting, snow tubing,   I was lucky to have had the opportunity to do many things growing up.

But What About the Dream?

But much of the idea of this day is to not pine away on the internet or in books thinking and dreaming about doing things. Life is about living. Just doing it.

When I went away to college in San Diego, I chose to take sailing as an elective for my first year. Why not. They had boats and I could get credit to spend one afternoon per week out on the bay. Starting with sabots, we moved to small racers, to J’s and Catamarans.

One afternoon we were surprised to take out a 12-man boat. They put me at captain due to my cat win the week before. Unfortunately the 12 pound hangover from the night before did not have me in the best shape to do a whole lot. But after about 10 minutes I got the hang of it. But if I hadn’t been pushed, I may never have tried.

Having a friend or two to do it with can help. But it is the adventurous spirit inside that keeps spurring you to try new things.

Consider former President George H. W. Bush on his 90th birthday jumping tandem out of an airplane. You might say, why would you do that at age 90? Why not? Just Do It!

As far as Kite Surfing, I tried sail boarding once. I wasn’t very good and had to paddle back to the dock. Its not for everyone.