I guess that they say that you should travel when you are young. And looking at my life so far, much of my travel was done while I was younger – in my 20’s and 30’s for the most part. And I can say that I have seen some Amazing things!

As a kid, we traveled all over Southern California – as well as a couple trips up north. California is blessed with some of the most beautiful and amazing sights. We went to Yosemite every year. It wasn’t until the last trip I took (about 1990 or so) that I made the hike to the top of Half Dome. 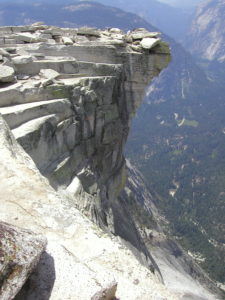 Once we visited Sequoia as well. One trip we drove up North, through the Redwoods over Golden Gate Bridge, wine country, The Winchester house. It wasn’t in that order, but the trip was really cool. We camped at the beaches and out in the desert. Yucca Valley and Death Valley were both frequent haunts. Before I was transferred back east, I also spent a day over in Catalina. Up to then, I had thought I had seen all California had to offer. Was I mistaken.

Also as a teenager, I traveled to England for a month – studying at Cambridge. I visited London, Bath, Bristol and Stonehenge. We stopped at Churches all over the Eastern part of England.

Disneyland, Magic Mountain, Knotts Berry Farm, Universal Studios (California and Orlando). Hershey Park. Amusement parks can be fun, but never what i would consider a “destination” for a trip.

More often for work, I have been all over the US – California, Texas, Florida. New England, Vegas, Canada. Illinois. I like to think that i am pretty well traveled throughout the US. I did a Facebook survey of all the states I have visited. I think the number was 30. Not too bad. Add the UK, Mexico and Canada, and I feel that I have been to a lot of places. and fulfilled the quest of taking a trip.

Often the idea of taking a trip can be impulsive. I know that we decided on trips to Vegas after a night of drinking. Come to think of it, Catalina was about the same. These can be adventures. No plans, just a destination.

But also you can spend hours planning your trips. With my family now, planning the trip and getting there are a lot of the fun of the whole thing. On the East coast there is so much to see. We did many of the Virginia Battlefield tours from the Civil War. We have seen Revolutionary war sites in Philadelphia and New England.

Travel as a lifestyle

While I have been a lot of places, my life is pretty much stationary now. Life choices have made it that way. We like to get away once a year – usually to the shore. The point of this exercise was to get moving and start planning. Not to just sit around – on the internet – dreaming about places to go and living life vicariously through others.

But that vicarious life can work in a number of ways. the Law of Attraction says that you become what you think about. So thinking about exotic locations and sharing in the experiences of others is a way to start the juices going.

One of my favorite travel blogger’s is Ryan Biddulph, with his blog Blogging From Paradise. He has combined a few of his own passions (travel and blogging) as a platform to share his experiences and help as many people as he can reach. I have been reading his wisdom for years – and traveling around the world through his stories. He is in Oman now, and planning to be in Turkey next and then Thailand. All made possible my sharing his passions.

Another blogging/Travel blogger Tim Ferriss is another influencer I have followed for years. His book The 4 Hour Work Week was another inspiration. He shows how some simple but effective methods can help you “just do it” when you face a challenge that may seem impossible to overcome.

So the question is:

So next, I would like beaches. Maybe the Caribbean islands. I could go for that!